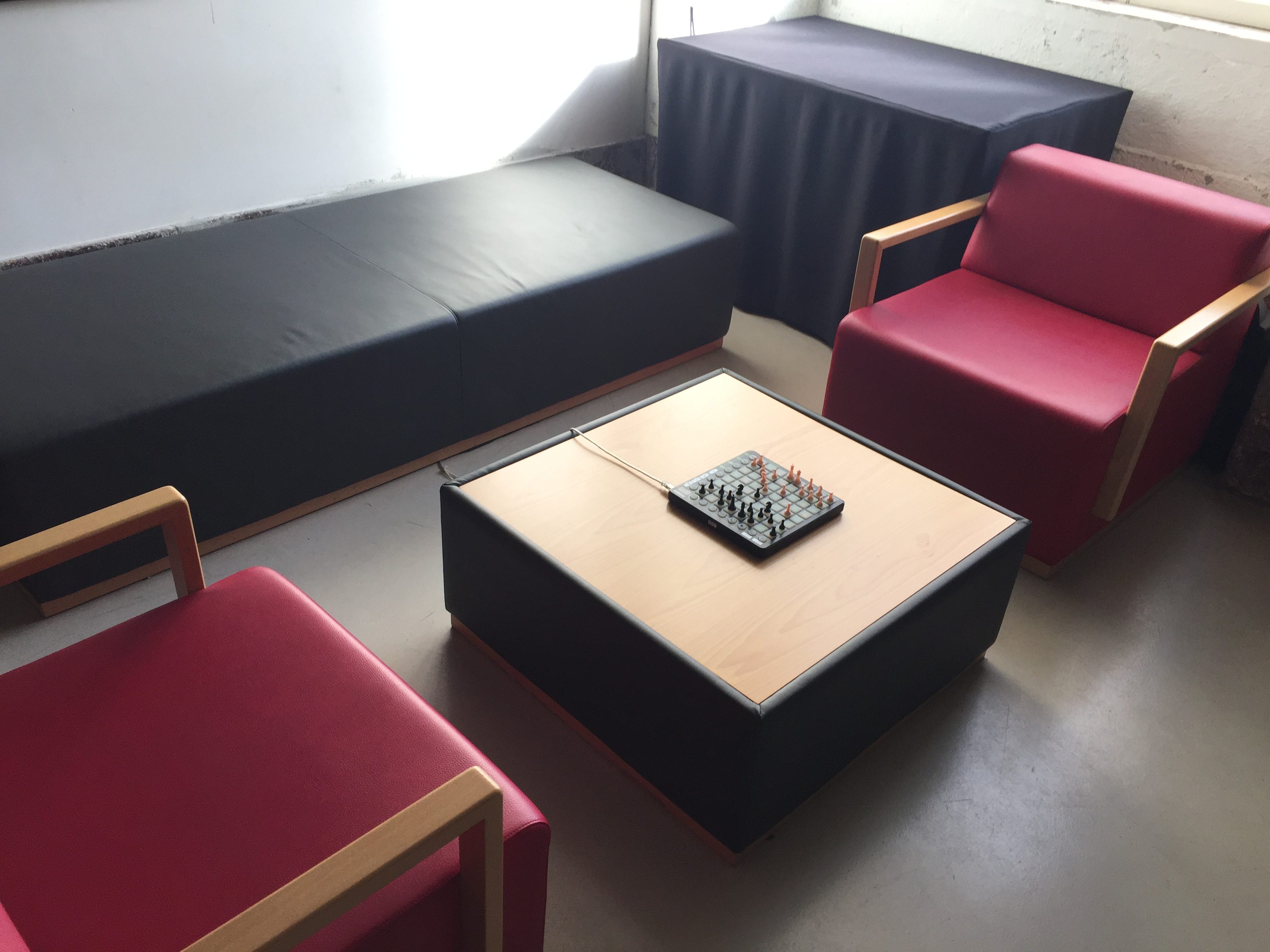 Xadrez 1 is an interactive work, whose performers are two chess players. It’s a computer software capable of obtaining musical material live, generating music in real time. Having a chess game development as input data, there’s an infinity of possible outcomes. Music is going to be different depending on who the players are.

Chess is very likely the most ancient board game in the world. Its greatness is being a game of simple rules, but virtually infinite complexity and depth.

The aim is to translate chess mechanics into music, trying to replicate game mechanics, in order to be performed by players of any skill level, since music is not going to be necessarily better or worse, but different.